Since we can't pack our bags to go out and explore the world right now, we will pack our books instead!

Every day we will add a new literary location to our #packyourbooks map. Together we will explore the beautifully described locations in our favorite books from the comfort of our own home.

The Simplon Orient Express arrived at Belgrade at a quarter to nine that evening. It was not due to depart again until 9.15, so Poirot descended to the platform. He did not, however, remain there long. The cold was bitter, and though the platform itself was protected, heavy snow was falling outside. He returned to his compartment. The conductor, who was on the platform stamping his feet and waving his arms to keep warm, spoke to him. “Your valises have been moved, Monsieur. To the compartment No. 1, the compartment of M. Bouc.” “But where is Monsieur Bouc, then?”

The journey is the destination. Find a (near) real-time video of one of the world's magnificent train journeys and play it in the background as you go about your day.

Lyuda breathes out the bitter vodka with her sleeping breath and turns her head, her mouth heavily open, her mind closed to the spring morning. She is in a far-gone place on a late summer’s afternoon, and her cheek is resting lightly against Volodiya’s shoulder, the forests and peaks of the Carpathian Mountains stretching out before them. A wind is blowing here, at the top of the hill, and Volodiya reaches his arm around the shoulder of his divchyna, his seventeen-year-old girl, and bends his head and kisses her on the neck, where the pale gold hairs rise to meet his lips.

The Woman Behind the Waterfall - Leonora Meriel

Look around you and try to see your surroundings with new eyes. Imagine that you just moved in and write down the things that you like about your 'new' place.

The scene was beautiful, a panoramic of the Novodevichy Convent and Cemetery, as reported by the site. It came from a webcam installed too high above and offered little to no street view. Some white smoke slowly rose up from in between distant buildings. No visible movements, even around the few stopped cars; too far away to tell if they had crashed or if they were simply parked.

International webcam hunt: define a target (e.g. a red car) and start the clock! The first one to spot a target on a city webcam wins!

"The taverns on the lower floors, the filthy and putrid yards of the houses on Sennaya Square, especially the establishments selling alcohol on tap, were all swarming with various sorts of merchants and ragamuffins... The ragamuffins did not attract anyone's contemptuous attention and you could walk about dressed as you liked without scandalizing anyone."

Decide on a dress-up theme for your next video call with your friends, family or colleagues.

"Their destination stood on the north side of Esplanade Park. Despite the near constant light of Midsummer, the Hotel Kämp glowed yellow in the mist."

Find your inner butler. Pick a day of the week to run a bath, prepare a hotel style breakfast and offer turndown service for your housemates... or for yourself!

The whole of Södermalm district seemed to have been drained of all colour. Not even one tiny bright autumn leaf flew through the air. With this head bent forward and his arms crossed over his chest he continued past Maria Magdalena kyrka to Slussen, all the way until he turned right onto Götgatsbacken and as usual he slipped in between the Monki boutique and the Indigo pub, then went up to the magazine on the fourth floor, just above the offices of Greenpeace. He could already hear the buzz when he was in the stairwell.

The Girl in the Spider's Web - David Lagercrantz

Create your own weekly quarantine magazine/newsletter to send to your friends and family.

"What an unexpected joy it was to see my beloved city through newly-opened eyes...across the wide boulevard, the long-necked swans pecked at the icy surface of Sortedams Lake, & all around, the merry Christmas lights strung between the gas-lamps, and the little Jul candles that flickered in every window, high and low!"

Secret Santa quarantine version: draw names with your friends/family and gift a compliment instead of a present.

While some in the party boarded a pair of minesweepers, Churchill, Clementine, Hopkins, Ismay, and Halifax transferred to a destroyer, HMS Napier. The ship moved through a tormented seascape of opaque snow squalls intermixed with brilliant sun, the sea a striking cobalt against the gleam of the snow-covered shore.

The Splendid and the Vile - Erik Larson

The Scots are proud of their accent (which is actually a language on its own!). Communicate only in your local dialect/accent for 24 hours.

"How cool it must be outside! How pleasant it would be to walk out alone, first along by the river and then through the park! The snow would be lying on the branches of the trees and forming a bright cap on the top of the Wellington Monument. How much more pleasant it would be there than at the supper-table!"

List ten places you want to visit in your own city/state. Compare your list with a family member or a friend to discover matches. Make plans to visit every place that is a match.

"It was settled that they should go to Box Hill. That there was to be such a party had been long generally known: it had even given the idea of another. Emma had never been to Box Hill; she wished to see what every body found so well worth seeing, and she and Mr. Weston had agreed to chuse some fine morning and drive thither."
Go to the #packyourbooks map 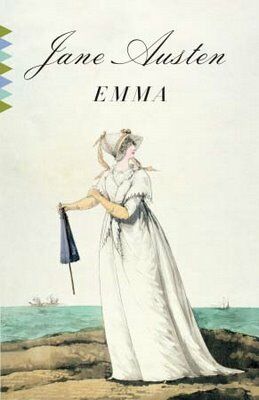 Prepare a picnic basket for yourself and for your housemates. Push your table and chairs aside and create your very own little 'Box Hill' in the middle of your living room.